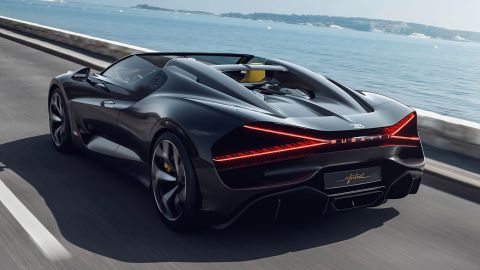 Ultra-wealthy buyers of supercars show no signs of slowing their spending despite recession fears, according to the CEO of Bugatti Rimac.

Mate Rimac said demand for the company’s all-electric Rimac supercars and its combustion-engine Bugattis remains strong, and may even be accelerating.

“We don’t see any slowdown at the moment, quite the opposite,” he said. “With Bugatti, we are sold out well into 2025. So even if the (recession) is a few years, we will come out even stronger out of it.”

Bugatti’s new $5 million Mistral roadster — a 1,577-horsepower, quad-turbo W16 engine — sold out of all 99 models set to be produced by the time it was unveiled to the public Friday at Monterey Car Week in California. The car, named after a cold, northwesterly wind that blows through southern France, is being billed as the last of the non-electrified Bugattis as the company begins the shift to hybrid and electric vehicles.